Cardi B has responded after fans expressed concern for her and said she’s in a mentally abusive relationship after she decided to take husband Offset back again.

The 28-year-old rapper filed for divorce from her husband Offset in September. It’s the second time in their three-year marriage she’s threatening divorce.

However, they got back together after he surprised her with a Rolls Royce for her birthday. Cardi later said she’s back with him because he’s her “best friend” and she wants “d*ck”

People expressed concern for her and she let them know they have no reason to be concerned. She said in a video that she needs to have sex and the guys sending her direct messages are not doing it right.

She also took to Twitter to respond to those asking why she took Offset back.

A follower wrote: “Why tf y’all so worried about cardi n offset relationship if she wanna take back her nigga 5000x that’s her fckn bidness I’m still team Bardi Fck y’all @iamcardib sis I love you.”

Cardi shared the tweet and wrote: “I just don’t understand is like they want me to stay single and fuck on their father ….shit is crazy.” 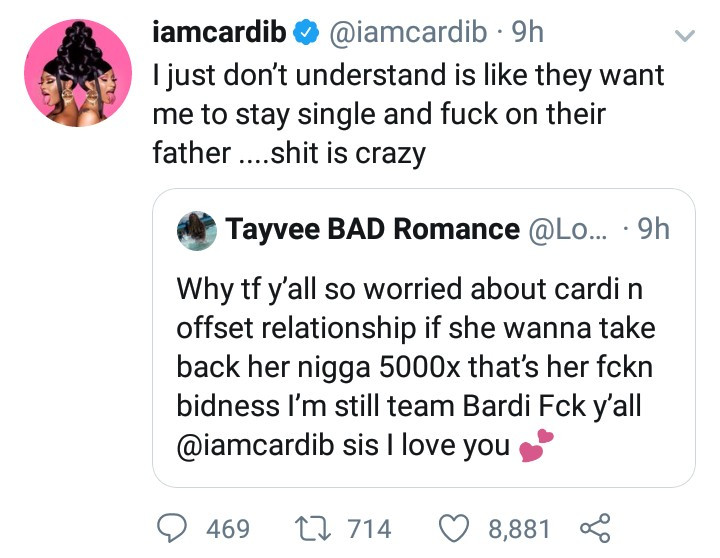 A follower replied, saying: “No it’s because you deserve better.”

And Cardi responded: “I deserve whatever I want to HAVE !” 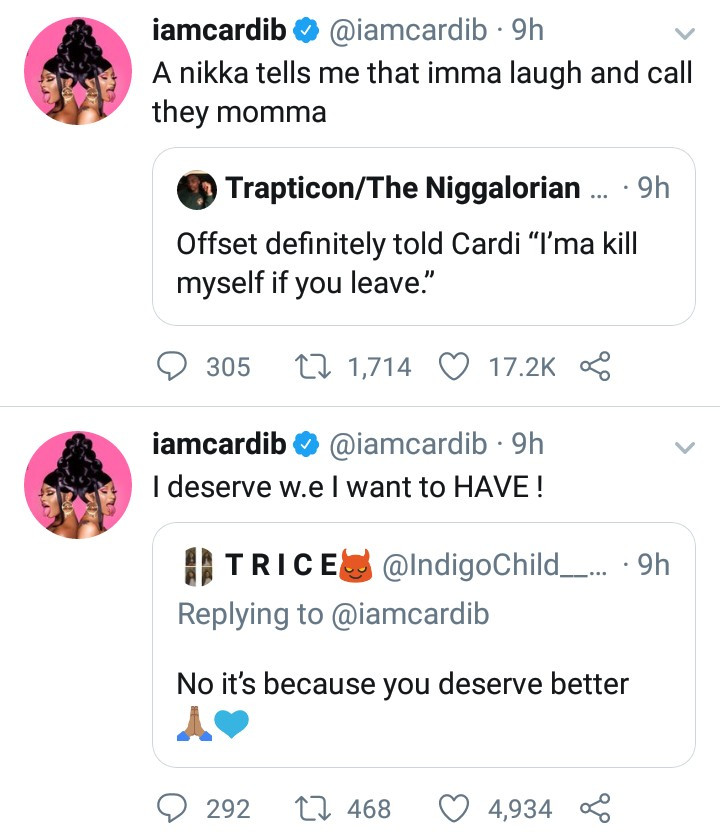 She also retweeted a tweet that reads: “see this why y’all gotta stop writing dissertations about people we don’t actually know, you could be absolutely right or wrong in your assessment but we don’t know cardi. we don’t know her situation at home, we don’t know her relationship, just make the jokes please.” 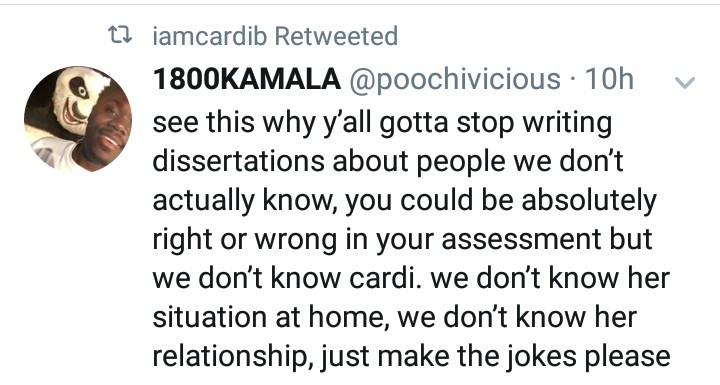 She also released a video where she gave a sarcastic apology for staying back with Offset.

She captioned the video: “Imma just give ya a apology because ya want me to apologize for living MY LIFE the way that ya live. sorry .Im not perfect I don’t want to be neither .”

She also tweeted: “Imma make this very clear .Before I was a celeb I was crazy ass Cardi B.Same bitch ya saw on TV and on IG talkin shit and doing crazy shit .Im still that a lil bit more calm now but still the same .I don’t know why ya expect something different now.This ain’t Disney.” 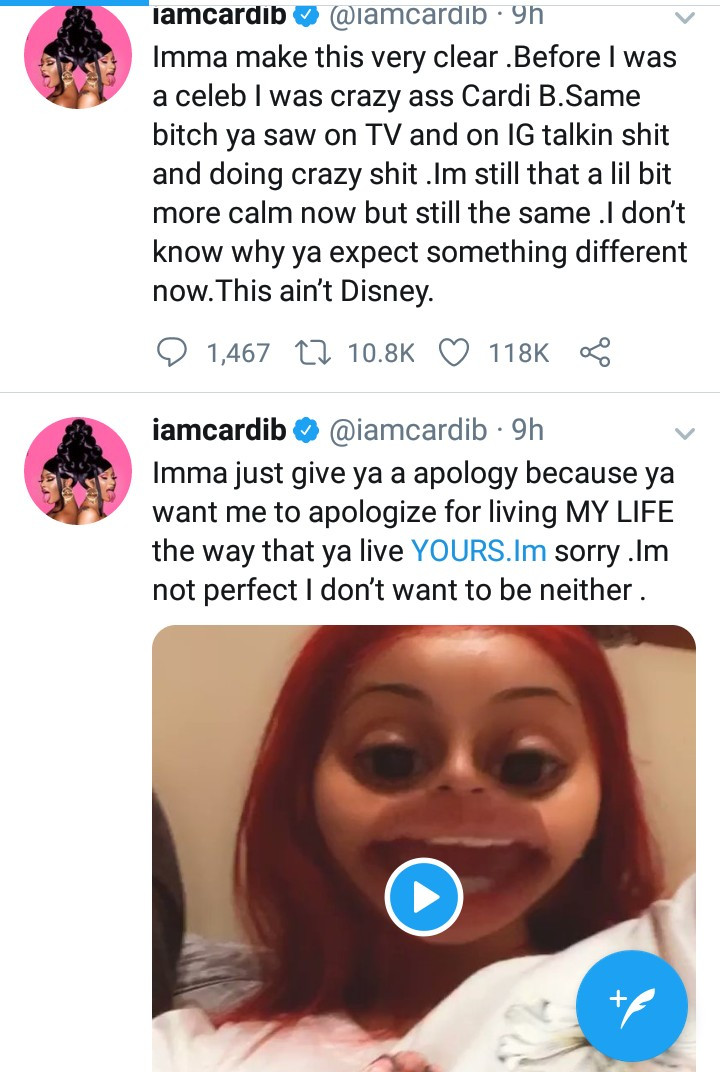 Wizkid to drop “Made In Lagos” album today